***CLICK HERE TO SEE NAZ-TV TODAY INTERVIEW WITH TERRIE FRANKEL about House of the Seven Arches, You can return to this page....***

A VIDEO CREATED TO SAY THANKS! 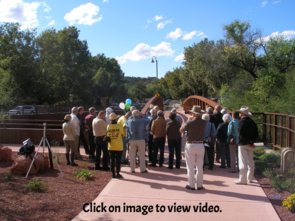 Sedona’s House of Seven Arches was built in 1978 by Herb Winebarger with the help of the Ball Brothers, contractors out of Flagstaff, Arizona. Herb sold the home to someone in Lucille Ball's family who then sold the home to James Sipos. Terrie acquired the home in the 1990s. For over 30 years, tours and locals have referred to the home as "Lucy's House." Lucy and her brother, Fred Ball, individually owned several properties in the surrounding area. The Ball family  stated that Lucille Ball owned the entire hillside where the house is currently located. Fred Ball helped Lucy during her early career in Hollywood and managed the Desi Arnaz Indian Wells Resort where Lucy's Piano resided. Fred and his wife Zoe also owned the View Motel in nearby Cottonwood, Arizona. Lucy's nephew, architectural designer Geoffrey Ball, has done design work on the House of Seven Arches. The home was acquired by me, a former Doublemint Twin, over 20 years ago. My twin sister Jennie and I lived here together for many years. House of Seven Arches is located in the heart of Sedona, across from the famed Tlaquepaque Arts and Crafts Village.  February 5th, 2014 I purchased Lucy's piano from her nephew, Geoffrey Ball.

House of Seven Arches is a steel and wood construction on the side of a steep mountain. The steel posts were blasted into the rocks. The views from the home throughout the four mild changing seasons are spectacular. The home is 4,000 square feet (2,000 square feet on each floor), with 2,000 square feet of covered wrap around  decks. The home has two fire places, five bedrooms, four baths and a large spa. At night the colored lights on the arches are changed to reflect various holidays... A mannequin resembling Lucille Ball can be seen on the balcony. Santa has been known to join Lucy on the balcony during the Christmas holiday.

Welcome to the House of Seven Arches, also known as "Lucy's House." Here are some photos taken from this uniqiue home on a hill overlooking Sedona's red rock mountains, Oak Creek and the heart of Sedona. 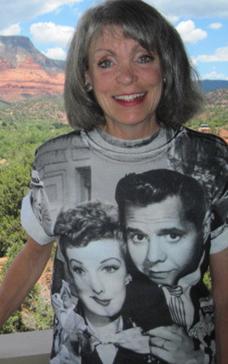 The House of Seven Arches

The House of Seven Arches